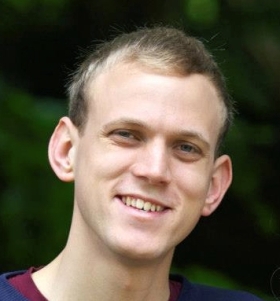 My name is Robert Bettles and I’m a physicist. Currently I’m working as a PostDoc in the group of Charles Adams and Simon Gardiner in Durham University.

This website is about me and my research interests. It also contains a blog of things I generally enjoy, which as well as physics includes movies and music. I also blog about board games (yes, I’m really that cool).

I grew up in rural West Wales where I attended Ysgol Gyfun Emlyn through to the end of sixth form. After that I obtained an Masters in Theoretical Physics from Durham University where I attended University College (“Castle”, see left). During this time I spent a summer in AtMol in Durham Physics Department, working with Lee Weller, Paul Siddons, Ifan Hughes, and Charles Adams on a slow light thermal vapour cell experiment. We were measuring the dipole-dipole self-broadening on the Rb D1 line, from which we published a paper.

I did my masters project again under the supervision of Charles Adams. The title was ‘Light-Atom Interactions in the Strong Focussing Limit‘ and in it we investigated using angular spectrum methods for modelling extinction due to a single atom of a strongly focused Gaussian beam (see for example Tey et al. NJP 2009). After this I stayed on in Durham and completed my PhD under the supervision of Prof. Charles Adams and Prof. Simon Gardiner, and I am now working as a Postdoctoral Research Associate in the same group, continuing on the work I started during my PhD.

My PhD title was ‘Cooperative Interactions in Lattices of Atomic Dipoles‘. We were investigating the strong dipole-dipole driven effects such as superradiance and cooperative dipole shifts in cold atom and thermal vapour experiments, in particular structured geometries such as lattices. My Thesis can be accessed here. For more info, see my research interests.

What else do I do?

As well as physics, I enjoy watching and playing a wide variety of sports (in particular anything involving a racket). I was somehow convinced to try rowing in my first year at university and despite the cold dark early mornings and endless blisters, I carried on for two years. I enjoy music and play guitar at my church as well as the viola (yes, I’ve heard all the jokes…). I also play a lot of board games.